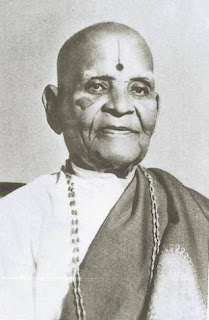 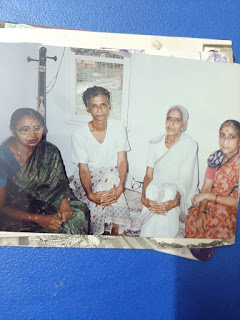 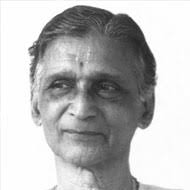 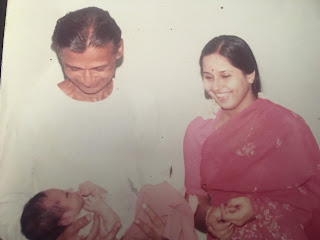 RAJARAM UNCLE (carrying my 20 days old daughter Haritha) AND MYSELF-a1984 photograph
1984-
KALAKSHETRA COLONY, CHENNAI.
He was appointed as Principal/ Director of the institution around the years 1984 to 1987.
Our music sessions twice a week were filled with soulful raga exchanges and mainly krithis of Mysore Sri.Vasudevachar. Singing to a perfectly tuned tambura Rajaram Uncle would lose himself in his music, music was meditation for him.
His renditions of "Pahi Sambho" in Mohanakalyani and "Bhavayeham Raghuveeram" in Behaag are unforgettable and will always remain fresh in my memory. Our music sessions went on for almost all through his term in Kalakshetra, till he went back to Mysore.
at January 13, 2021