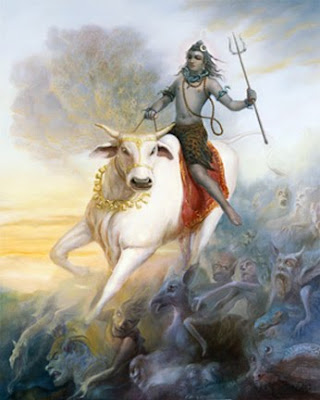 Beautiful post. I am eagerly awaiting part 2. Thank you!

Thank you for sharing such wonderful information about deities. Very informative.

Very nice article! Eagerly waiting for the next part.

Long waited article, I have been waiting for part 4. So much
Knowledge and command youhave on the subject.. I am a
Very big fan of you.. I have great intrest in spirutal and
Philosphical matters I always thrive to read and learn new things.
After reading your articles you bacame my role model.

Thank you MUCH for sharing!

Dear Gayathri garu,
You are such a wonderful person sharing such invaluable information.....Links between ragas and deities....rarely heard details on deities...you made my day! I once heard about this Sri yantra installed in the Tirupathi temple, but found it hard to believe since I haven't heard about the same anywhere else....your post has confirmed what I heard.
Thank you, thank you, thank you :)
Looking forward for more....

Very informative post, Gayathri Madam! Hats off to you once more for sharing such knowledge!

Thank you so much! Sowjanyagaru, I am touched by your sentiments about me, thank you!! Meena garu, I am happy to share whatever little I know, it increases my happiness by sharing, the pleasure is entirely mine!
Dear Ms.Padhma,Ms.Sreemathi, Sri.Rajesh, Mom15 and Ms.V.Priya, thank you so very much for your kind appreciation!
Regards,
Gayathri

This a wonderful post. The pictures that you post in the articles really shows the effort that goes in for drafting the same to perfection. I am learning a lot.

My pleasure, thank you.

Ofcourse! Thank you for the appreciation!