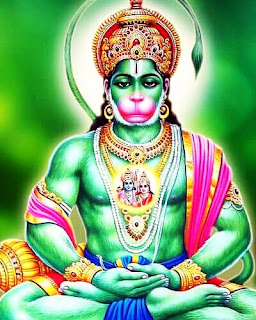 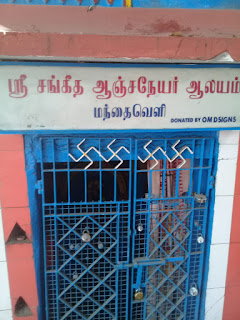 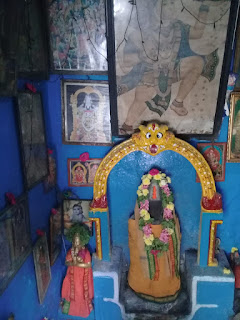 Lord Anjaneya, born on Moola Nakshatra day in the month of December (Dhanur Maasam) is hailed as a great Veena player in Hanumad Sahasranamam as "Om Thumburuve Namaha". The Lord who melted stones through His music had once even melted the Veena of Sage Narada along with the rock on which the Veena was placed.
At one time Lord Anjaneya judged a Veena competition between Sage Thumburu and Sage Narada. After the competition Lord Anjaneya rendered celestial music on a fretless Veena. The divinity of Lord Anjaneya's music was such that Lord Vishnu Himself appeared before Anjaneya and both Sages Thumburu and Narada felt humbled.
Apart from the temple above which is in Mandaveli, there is an ancient 2000 years old temple in Mappedu (Thiruvellore District, Tamil Nadu) called the Singeeswarar Temple that has Lord Anjaneya's idol playing the Veena. This is a temple for Moola Nakshatra.
at November 29, 2019