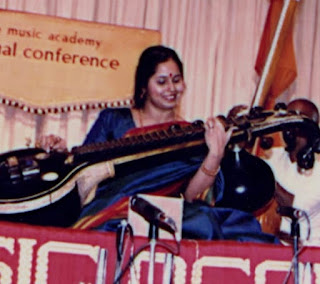 Usually adept at shutting off my surroundings, I struggled to ignore the tall co-passenger's presence. His aura was compelling.

As I opened my food packet the train started its movement slowly. I sat facing the window to stare blindly at the dark glass while eating. I was unable to relish the food and more focused on finishing the food quickly so that I could rest my aching body on the berth.

A strong aroma assaulted my nostrils and I turned quickly to glance over my shoulder. The tall passenger was uninhibitedly opening an assortment of steel boxes containing greasy looking nonvegetarian food. Quickly turning back to my food I managed a couple of more mouthfuls before wrapping up the remaining food. Getting up abruptly I took the wrapped remains of my food to dispose off in the garbage bin near the toilet outside.

The tall passenger gestured wildly at me. My heartrate quickened and I stared at him not understanding what he was trying to convey. He kept pointing towards something. I turned towards the direction he was pointing and saw a small plastic dust bin near the foot of my berth. He was showing me the bin where I must trash my food.

I was appalled! What a place for a garbage bin!!I couldn't imagine disposing off food right inside the coach, even if the garbage bin had a lid. I shook my head at my co-passenger, softening my refusal with a smile. I heard him mutter something in a strange dialect as I walked out.

Trashing the remains of my food in the garbage bin next to the toilet I looked around for the attendant. He was nowhere in sight. Dragging my feet back to the compartment I entered. The tall man was engrossed in eating.

I reached out for the bedding that was neatly folded and kept on the top berth. Painfully aware of his scrutiny I started to prepare my bed and laid down self-consciously. As I lifted my legs up to lie down the tall man got up from the opposite seat and walked towards my berth. My heart stopped for a second and resumed its beating at a wild rate. He held one of the steel dabbas in his hand and bent to empty the remnants of his food into the garbage bin placed at the foot of my berth. Alarmed, I sprang up to a sitting position, pulling the bed covers close to me.

"Excuse me, excuse me!" my voice screeched in protest.

He turned to give me a piercing look.

His brows knit and he looked confused.

I pointed towards the doorway, "There's another garbage bin outside." I told him nervously.

He shook his head as though he didn't understand me.

I quickly got up and went in search of the attendant.

Finding the attendant who was a Tamilian, I explained my predicament to him. "Look, I don't understand his language and obviously even he's not able to understand my English, and my Hindi is bad. I don't want the food to be trashed inside the compartment please. I have  to spend 2 nights and one whole day in the compartment." I added hesitatingly, "It's difficult for me to spend so much time close to a trash can full of stale food, that too nonveg. Please explain to him." I requested.

The attendant smiled, "Oh, avaraa?! He's from Afganisthan settled somewhere in North. He knows little Hindi. You can tell him."

"No no, you please tell him." I requested.

By the time the attendant and myself entered the compartment the tall man was pouring all the remains of his food into the garbage bin near my berth. Horrified, I stood frozen, staring helplessly.