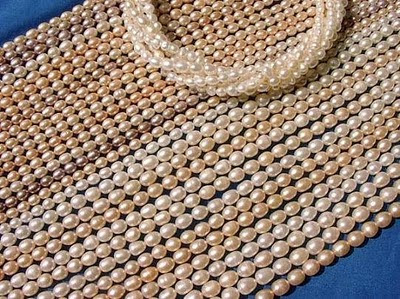 Sticker bindis that come in various shapes and designs ( the most hideous stickers are images of snakes, scorpions and other reptiles!!!!!!!!!!) abuse the power of 'agna chakra' which is the conscience of oneself. Tattoos are the latest fad. Many get their bodies tattooed according to body fengshui! I found dragons, raging bulls and other wild animals tattooed on arms, backs of people in my recent trip to the US. Imagining the consequences of wearing such sticker bindis or tattoos in the shape of wild beasts made me shudder!
To wear divine images or writings on the body conveys an attitude of recklessness towards religious principles. Making light of divine symbols and signs is nothing short of blasphemy. What should be placed on the altar of worship is abused when used for decorating the naked skin of a person, be it male or female! I have noticed women wearing sanskrit "OM" stickers on their arms and God forbid... even on their midriffs!
Such acts incur corresponding karma and are best avoided.
Designs made out of the leaves of Lawsonia inermis (marudhani in tamil, gorintaaku in telugu, henna in Arabic) is considered auspicious. Both Hindu and Muslim religions consider "mehndi" as auspicious. The red stain on skin which is caused by mehndi is considered a great omen especially for brides who decorate their hands and legs with the paste made out of these leaves. Application of the same even on regular days invokes auspicious events in one's life.
Betel leaf is yet another leaf that stains the body red ( the tongue to be precise) and considered to be equally auspicious ! Red is regarded as an auspicious colour for promoting love and passion which makes mehndi and betel leaves the most naturally auspicious symbols for celebrations and joyous occasions. Poor man's mehndi which is known as "alta" or red-dye is almost as good as mehndi for invoking love and auspiciousness into one's life.
Coming to body fengshui, the addition of a black or red mole on the correct place (by determining the north, south, east, west of the face) are believed to bring about changes. Come to think of it, even parting of the hair determines little occurences in day to day life. If someone has a side parting and is looking for a change, all he/she has to do is to change the side (from right to left or vice versa) or go for the middle parting. And wait for the changes to happen! It could happen sooner or a little later, but HAPPEN they will! Only caution here is to beware of adverse changes! If the results are negative, quickly revert back to the known devil, that is the old parting! The latest zigzag parting is a big NO NO!
During an interesting conversation with a tantrik, I learnt that there is a surefire remedy for artistes, especially women artistes and other popular personalities who are prone to negative effects of "drishti' or evil-eye. 'Drishti'/evil-eye results in the affected person falling gravely sick or even meeting with some freak accident! To divert the evil-eye or 'drishti' of public gaze, the tantrik advises the public personality to wear oodles of jewelry and other attractive accessories on the body. He asserts that the public attention is diluted/diverted by the presence of overwhelming jewelry and silks. The 'evil-eye' instead of being centered on the person in lime-light strays to the artiste's jewelry and other effects like, silks and flowers too! Of all jewelry, he claims that pearls are the best in capturing 'drishti'! (To be continued......)
at March 03, 2011

Wow! I didn't know that parting change your course of events. This is revelation to me...amazing, thank you

Sham, I thought I had mentioned to you about this!!!

Nice thoughts. Thanks for sharing it.

Wow.. Amazing and interesting. I know about the parting but never knew about the pearls... Thanks for your wonderful postings and looking fwd for the part 3..

Thanks a lot, my pleasure!

Got to know a lot from this article