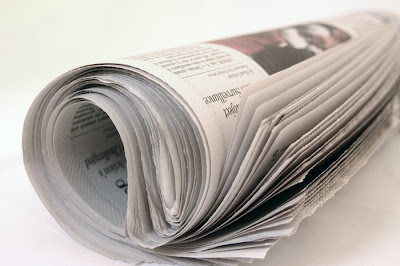 Those were days when I was studying 8th or 9th standard in school. I remember a Sunday morning when I woke up, jumped out of bed and ran sleepy eyed and groggy to the drawing room, to grab Indian Express before my father or anybody else at home laid there hands on the copy.
My classmate had to remind me many times the previous day (Saturdays were always half-a-days at school) to go through Peter Vidal's weekly forecast ( looking animated, she told me fervently in true schoolgirl spirit,"don't forget to read Peter Vidal's column in Indian Express ya, it is soooooooo true ya!! EVERYTHING he writes comes true, it is like magic ya!! Surely it will come true even for you ya!!). Even though I had my own doubts, I was curious as hell, I replied, "Yes ya!!"
My heart beating fast I scanned the magazine section hoping to find fairy tale stuff for Scorpios. I still remember how let down I felt when I read what was predicted for Scorpios. The forecast was all about repairs of old pipelines being a grand success that week and also a possible visit to the doctor towards mid-week. So much for my friend's great recommendation!I prayed fervently to God that the prediction should not come true, till date I hate going to the doctor and old or new,pipelines simply do not exist in my world!
The next day in school I had a tiff with my classmate about Peter Vidal. "All lies, I don't believe his prediction ya!" Looking very hurt she replied ardently, "No ya, even this week what he wrote about me came true!"
"Maybe he hates Scorpios!" I said heatedly.
"Nothing of that sort ya! Even for me the first few weeks nothing came true ya, after 3 or 4 weeks everything he said started coming true, as though he is writing only for my sake, it is like magic!"
"Don't tell me for you Librans he writes all about chocolate houses and picnics to great places and only for Scorpios he predicts old pipeline repairs!"
Wide eyed she replied, "No ya, once he wrote that I would meet with an accident. I was very careful and alert while walking on the road, but you know what?! I slipped and fell in my bathroom!"
"Really!!" fascinated, I decided to wait patiently for his predictions about Scorpios to come true.
The predictions for the following 2 to 3 weeks had no effect on my routine life but my interest in reading Peter Vidal's forecast stuck on and I continued to read his star forecast every Sunday without fail.
Around the 4th Sunday it suddenly struck me that the previous week went on just as Peter Vidal had predicted. Instantly alerted, I went through the star forecast for the following week with renewed interest. While reading the forecast I had a strong hunch that the prediction was going to come true the forthcoming week and Voila- the week turned out to be as predicted!
Gradually the weekly predictions, if not all of them, atleast most of them shaped into reality for me and I became a dedicated follower of Peter Vidal.
Somewhere along the line I lost touch with his columns but coming to think of the whole thing I firmly believe that there has to be a certain mechanism behind the manifestation of something as mundane as general forecast of sun signs. Only natal horoscope charts of individuals contain intricate dimensions of his/her nature, personality and events related to past, present and future of the native. Whereas a general forecast is based on mere sun signs and every sun sign relates to zillions of natives around the world and for the entire world to go through only 12 kinds (based on 12 sun signs)of events or circumstances every week is ridiculous if not bizarre!
The secret behind the materialization of a star forecast:- Those natives for whom the predictions fail are mostly the ones who are not reading the astrologer's columns!An avid follower of forecast columns is usually optimistic or wants solutions to his/her problems.
Therefore, those who go through the forecast are wishing/hoping/praying for the predictions to come true or bear fruit. Fervent hope and belief in the prediction are the driving forces behind its manifestation!
Our thoughts and beliefs are our lives. Instead of allowing somebody else to shape our lives according to their forecast,we could very well write down our own forecast. Just pen your dreams, desires and ambitions, with as much colour as you want. Believe in what you write! Let the writings be in present tense! They may sound like affirmations, no harm!
Maybe the first 2 or 3 weeks nothing may happen, but watch from the 4th week onwards- as accurate as Peter Vidal's forecast and just as my classmate said, it will be MAGIC ya!!
(To be continued.....)
at June 22, 2011

Dear Gayathri garu,
How true......thoughts are indeed very powerful.
I love your writing style....keeps thhe reaer's interest all through. I don't read a lot, but would have read all your books if you wrote :)
This article on Tantra does not say 'to be contd.'........is this topic concluded now?
Also, regarding your article on goddess Tripura Bharavi (Raga Bhairavi), Mahatripurasundari (Raga Kalyani) and Balatripurasundari (Suddha Dhanyasi)........are these ragas really manifestations of the said goddesses? Has such information been documented anywhere? It makes so much sense to me....Bhairavi being such a mature raga, it should indeed correspond to the mature form of Devi. I am now very curious what deities would Todi, Kambhoji and Shankarabharanam correspond to.
Sorry for asking so many questions......your blog really keeps , me thinking :)

Came across your blog while searching for remedies related to Ketu Dosha.
First of all i found your entire blog filled with so much interesting information that i have bookmarked your blog for daily reading.

Recently came across the book "Secrets" and also got to know about "law of attraction".I think your writing also talks about these concepts.Now even i am going to put my dreams in writing.Can you please do one more detailed post regarding this as to how we should write,colours to use to write etc.,

One more request can you tell me if Ketu is situated in 5th house and Rahu in 11th house -- placement away from Lagna( first house ) -- is it going to affect me like not having a child.
And any remedies do you suggest like praying any particular God.

Thanks for allowing me to write such a long comment.Again thanks in advance for the much needed help i will get from you.

Thank you very much! Meenagaru, thank you for your kind compliments and appreciation! Yes Saint Thyagaraja's composition of "Daarini..." in Sudhdhasaveri conveys the saint composer's declaration that he found the Goddess through the raga Sudhdhasaveri.
Sudhdha Dhanyasi is an essentially a raga for spiritual upliftment, feminine and full of vigour,invoking Bala and Bhairavi like you said is very mature. No,it has not been documented anywhere, discussions with scholars and senior musicians, apart from nada yogis have helped me in gathering information. Apart from which it is also my own instinct that guides me.
Ms.Ruchika Varun,
Thank you for your kind compliments! Yes, I will do a separate posting on colour therapy and how to use affirmations.Ketu being in fifth is something to think about, but there are remedies for everything. If Jupiter's 5th, 7th or 9th aspect on Ketu is present (moreso if Jupiter is a benefic for your lagna), there is nothing to worry. Even otherwise, kindly pray to Lord Vighneswara daily (including special prayers to the Lord on specific thithis and festivals).apart from visiting the Kethu Sthalam, Keezhperumpallam). Also consult astrologers to see if there are other factors in the horoscope to cancel ill effects of Ketu in 5th house.
Regards