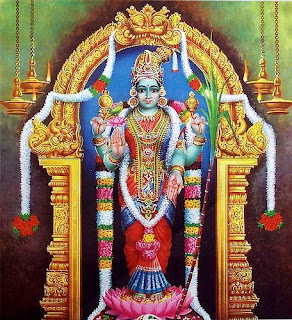 BEFRIENDING VEENA-
How to attain the grace of Veena? Veena is an embodiment of the Supreme Goddess.Like how the Sudarshana Chakram held by Lord MahaVishnu attains the supreme identity of being "Chakrat--hthaazhwar",the Veena that is held by the Goddess also derives supreme importance and an identity of Her own.

Veena is beautiful, elusive and enigmatic!She is also very difficult to please.To win Her sidelong glance, the practitioner has to be extremely diligent in his attempts to attain Her.In the process of wooing Her,the practitioner also begins to understand that the going would get rockier, given Her demanding nature. To make matters tougher,She is possessive too.She demands the practitioner's undivided attention to the exclusion of everything and everybody else.To be able to balance a life with Veena in par with routine/mundane/emotional demands of the material world requires nerves made of steel,and literally so! Nerves play an integral part in veena playing. It gradually dawns on the practitioner that emotional upheavals/showdowns are a big 'no no' in the process of gaining intimacy with Veena.She abhors emotions of any form and threatens to abandon the practitioner the moment his/her emotions are tapped by anything or anybody other than Herself.

It is therefore appreciable why the yogis (of vasi yoga) and siddha purushas of yore used veena for tapping the kundalini shakthi from the base of the muladhara chakra. They were single-minded and focussed in their approach and without material aspirations.

What are the measures to be adapted towards bonding with Veena?

Practice during Brahma Muhurtham:-Though there are many versions marking the period of brahma muhurtham,it is roughly one and a half hour before sunrise.It is easier to maintain that brahma muhurtham is between 4.30 to 6.00 a.m.If the veena practitioner needs to be woken up and cannot wake up on his/her own, the alarm clock is usually the best device chosen.Better still,if it is a mobile phone and a soft,melodious tune is set for the wakeup call.The time should ideally be 4.00 a.m.,giving just about sufficient time for brushing teeth,splashing cold water on the face and sitting in front of the veena.No luxuries like mulling over previous day's events or brooding over heart's desires.One should get out of bed without the slightest delay.I allow myself the luxury of going into the kitchen to prepare the coffee filter,promising myself a steaming cup of filter coffee immediately after practice.That is part of the evils of growing up!As a child,I would jump out of bed as soon as my father woke me up at 4.00 a.m.to sit in front of the veena without even brushing my teeth.I would keep practising until my mother physically dragged me away from the instrument for preparing to go to school.

If the practitioner is middle aged or above, the limbs may seem heavy and sluggish and the first few minutes with the veena would be absolutely trying.The movements of both the hands seem heavy and lethargic requiring optimum patience and effort to move them across the veena.But,it has to be done!The practice requires a heavy dosage of "thristhaayee",which is- (starting from mandaram open sa )sa ri ga ma pa(panchamam open pa) da ni sa-sa (open sarani)ri ga ma pa da ni sa-sa ri ga ma pa da ni sa (top most sa)-reverse-sa ni da pa ma ga ra sa- sa ni da pa ma ga ri sa-sa ni da pa ma ga ri sa should be played on three octaves,starting from the mandaram string (open third string)till the top 'sa' of the sarani and back to mandaram open 'sa' in all the three tempos.The third ,fast kalapramanam should be aimed at the highest speed.The entire cycle should be practised for nearly half an hour.This is the most essential tonic for flexibilty and fluidity in playing the veena.After this arduous session it is time for two-kaalam varnam.Choose any varnam for the day and practice two kaalams (slow and fast) for atleast 5 cycles.The entire sa ri ga ma.... practice and the two kalam varnam practice is for attaining physical fitness to be able to gain control of the instrument.Now for the manodharma,one could choose ragam,thanam,krithi,neraval and swaram of the day.Apart from the brahma muhurtham practice,it is required to spend more time with the veena during the day for learning and revising old lessons.

Poojas and slokas to attain grace of Veena:-Sri Raja Mathangi moola manthram and Veena Shyamala manthram (after initiation by Acharya or Srividya Upasaka) should be chanted mentally for atleast 108 times.Durga mantras,especially the Durga Saptasathi and all forms of Durga-worship bestow the grace of Veena.The moola manthras of Sri Raja Mathangi and Veena Shyamala are so powerful that after attaining sidhi of these mantras,the practitioner is elevated to the state of watching his/her own hands being moved across the frets by an unseen force and not by one's own effort. Even the 7th sloka of Soundarya Lahari (Kvanathkaanchidhaamaa .....)is ideal for Veena in which the four hands of the Goddess are praised as this sloka bestows the power of four hands into the two hands of the veena practitioner.


Apart from the above,an attitude of dedication and devotion towards Veena are essential for attaining the grace of Veena.Egoistic approach towards Veena increases the distance between the practitioner and the Veena by leaps and bounds.

My strong belief is the Veena is also benign and She would not totally desert the life of the practioner due to some aberrations.

This article is so wonderful, and how true. The Veena indeed breathes divinity and needs to be treated with the utmost respect, humility and devotion.

That is a very interesting article. Does the same routine (brahma muhurtam practice etc.) and the same practice methodology (three octaves practice followed by varnam etc.) apply for vocalists as well. I guess for a vocalist the body is like the veena.

This is the most awaited article in your blog.
Your dedication to the Veena is visible when we see how 'effortless' you play the Veena. In fact I was totally mesmerized by your rendering of the Vishnu Sahasranamam and Bhaja Govindam (on youtube).
I have been reading this article several times since yesterday, and every time I do, I get an inspiration to play the Veena with total dedication and commitment. In fact, I practiced Veena during the brahma Muhurtham today. I hope to do the same every day:-).
You blog is a guiding light to all aspiring Vainikas.
Thanks for the same:-)

Dear Gayathri ji,
Your writings are inspiring indeed. Inspiring to vocalists too. Is there anything that vocalists needs to do in addition/differently?
Thank you,
Music Lover

And yes, I like your Vishnu sahasranamam rendition on youtube too. I never thought instrumentalists would play it since the tune for all the verses in it is the same. But on hearing yours, I could see how you "vocalized" it through your Veena. Very nice.
Music Lover

Dear Hari,Ofcourse Veena is benign and will never 'totally'desert,but the level of perfection can never be achieved due to aberrations.

Dear Ms.SP,Iam very happy you agree with my views,thank you!

Dear Mom15,Thank you.Brahma Muhurtham practice is best for academics,any fine arts and meditation or pooja.
Voice culture may require specific excercises,of which I am not aware.The methodology of three octaves and two kala varnams are taught by my gurus,my parents.This is not a hard and fast rule,since I have gained immensely due to the particular practice,I am sharing it.

Dear Mrs.Mythili,
First and foremost,I am deeply touched that you have been inspired by my article to start practising during Brahma Muhurtham.I feel very happy about the same.About my playing,it is entirely God's grace and nothing special about me.I practice an ego-less approach to Veena for spiritual growth.
Thank you very much for your kind compliments about my veena.
Hope and pray you continue your Brahma Muhurtham practice.I am happy to be of service to aspiring veena artistes.Thank you.

Dear Music Lover,
Thank you very much.I am sure even voice can benefit from the same practice,and may require additional excercises for voice culture.Veteran vocalists can enlighten you,I am sorry I do not know much about vocal music.Thank you,Gayathri

Dear Music Lover,Thank you for your kind compliments about my Vishnu Sahasranamam.Regards,Gayathri

Dear Gayatri amma,
Thank you very much for offering the insights to practicing veena. I will surely try to follow your advice.Please do continue to write such educative articles.
Regards,
Vallaki

Dear madame,
I really expect you to write more on to educate the veena students, This article is really useful for us, I would also like to hear your advise for the students like us who can have only minimum time but lot of spirit in learning veena
Keep writing mam, on reading your articles I feel like we are near to each other
with love
mala

Thank you so much for sharing this wonderful wealth of information for us. I had been reading the contents of your blog in the last couple of weeks and feel wonderful !

Thank you very much.
With regards,
Aparna

Can you pl let me know from where to order for your dvd on Vishnu Sahasranamam and Bajagovindam. I have been trying for quite some time. Unable to get it in the shop.