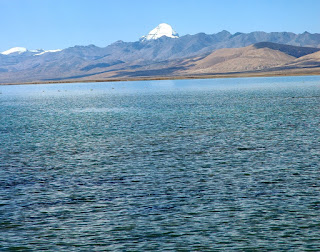 LAKE MANASAROVAR
Jupiter is entering the sign of Sagittarius  and Nakshatra Moola of Goddess Saraswathi on November 5th 2019!!  Sagittarius is the Bow of Lord Rama (Kodhandam), where knowledgeable Jupiter would be in close quarters with spiritual Ketu and the philosophic planet Saturn (Kodhanda Sani).

As Jupiter enters Sagittarius on November 5th this year the Pushkar on the banks of River Brahmaputra will commence and last upto November 16th.

Whenever Jupiter enters Moola Nakshatra which is Goddess Saraswathi's constellation( which will happen once in 12 years) the Pushkar takes place on the banks of Brahmaputra because Lord Brahma is seated in a very close range of Cygnus and Lyra. 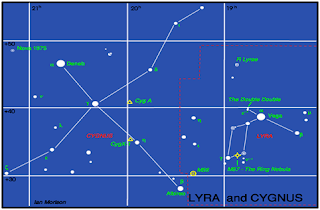 RING NEBULA (LOTUS SEAT OF BRAHMA)
I was fortunate to chance upon this article published by AstroSage magazine (article written by Sri. V.G.R.Pavan). The above image and description of Lord Brahma's placement near Cygnus (Seat Of Goddess Saraswathi) and Lyra (Veena of Goddess Saraswathi) are given as follows:-

"Lyra is a constellation in Paradise. It is situated near the celestial Swan, Cygnus. The above is an image showing the location of Cygnus and Lyra (written in Red) in the galaxy and the unending space which is the cosmos. In the same image above we also find M57 named after an astronomer Messiah and the number corresponds to his list of observations. M57 is also known as Ring Nebula. 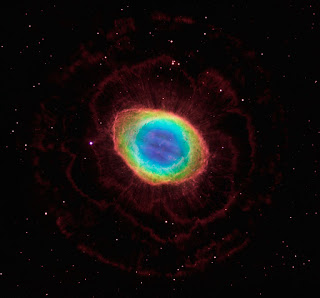 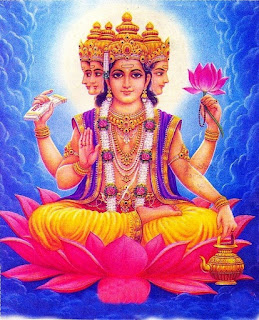 LORD BRAHMA
The Ring Nebula presents the picture of a Lotus (Seat of Lord Brahma). Ring Nebula forms a great part of the constellation Lyra. In Greek Mythology Lyra was considered and admired as Lyre or Harp, whereas according to Hinduism Lyra is the Veena in the Hands of Goddess Saraswathi.  Vega, the brightest asterism in Lyra constellation is located close to Lyra (See image of constellations given above).
Vega has another name, Epsilon Lyra. Epsilon is a Greek alphabet used by astronomers for naming asterisms in a constellation according to the illumination of each star. The brightest star is Alpha, the second brightest is Beta etc.
The 2 pairs of sub-stars ( four minute stars)  in Vega revolve around each other at optimum speed with all the 4 tiny stars in Vega facing 4 different directions at any particular point of time. Hindu mythology describes the Four-Faces of Lord Brahma based on the location and movements of these 4 sub-stars belonging to Vega (Epsilon Lyra)!

Ring Nebula being the lotus on which Four Faced Lord Brahma (Vega/Epsilon Lyra) is seated and Goddess Saraswathi is holding Lyra and both have an abode of Swan which is none other than Cygnus."-Sri.V.G.R.Pavan