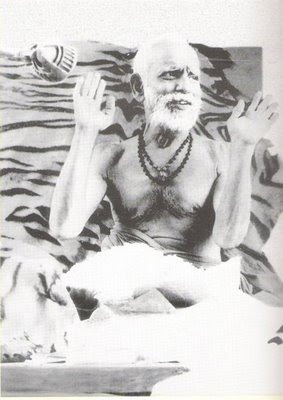 I could not sleep trying to cope with some news. I then thought of browsing your blog. Your experience with Periava is amazing. It gave me reassurance that things will be alright when our prayers are protecting us. Thanks for sharing the experience.
Jay

I have previously read about your blessing moment.But listening the actual experience directly from you is enthralling.

I have also heard, once when Bharat Ratna Smt. M.S.Subbulakshmi, way on her concert had a very bad throat even unable to talk and next day was her concert. She had woke up early the next day, and she had been praying Sri Maha Swami and without uttering any word just left to the concert. She explains, all her legs were trembling till she got onto the stage and after getting there, she thought about Him with full devotion and bakthi and started to sing. She herself was astonished the way her throat was back to normal.

I had always heard from my dad telling us during our childhood days about swamiji. He used to read the book "Theivathin Kural". But I never had an opportunity to see Him.

Aunty, now for listening to your experiences, makes me feel there is Divine energy that makes every one to live their life to create harmony in this world.

Thank you Mr.Jay,I am happy to share my experience in all humility,moreso because of the benefit derived by your goodself.Regards.

Dear Sathya,
I am happy that you have heard of all the glories of the God who was in our midst till the very recent past.M.S.Amma is a blessed soul to have received the choicest of blessings from Maha Periyava!Deivaththin Kural is indeed an epic that contained amazing information,penned by Maha Periyava Himself.Thank you and regards!

Dear Gayathri amma,
Thanks for sharing this wonderful experience with us .I have heard elders say that one must have done a lot of punyam in prior births to play the divine veena, and I am sure you must have in tens of thousands...The experience is wonderful. Can you also please post some pictures of yours from that age , I am sure a lot of us , your rasikas , will be thriled to see them !!!

Dear Ms.Vallaki,
It is my great pleasure to share it with you,it is God's grace that I am playing veena in this birth.My few photos of childhood are back in India,I will surely try to post them.Thank you!

Dear Mr.Sai,
Sorry for accidentally deleting your comment instead of another comment.I wish I could restore yours once again.I am very happy to see you as a member of my blog and I liked your blog too immensely!

Dear madam,
Really happy to see such a great Vidushi like you blogging and interacting with normal people like us. I am a regular reader of your blog and I am an ardent fan of yours. I play the Veena also. Your advice and information regarding the usage and preservation of the divine instrument was really useful and enriching to me. Thank you.

mam,
My life time longing was that i have not met Periyava and got his grace when I gathered spiritual intelligence to some percentage in age of 17 the first thing I did was to get a big photo of periyava and kept in pooja room.When I commenced my veena classes with Guru Meera at Salem I was expressing this to there, she went inside and got me about 20 photos of periyava and gave to me and she recollected the memories of the veena played by her too in the early age before Periyava. I too remember I came across the experience of Tmt.M.S. when she sang before Maha periyava I was collecting the profile of her when I had to preside the Tribute to M.S. at Salem. I really feel eny ( please don't take it other way) on you. I really pray that I need to be blessed to play a song with u
with you
mala

Dear Mr.Srinivas,I am just as normal as everybody and it gives me immense pleasure to interact this way,I am equally happy to know that you find my aricles useful.I wish you the very best in veena.May God bless you!Regards,Gayathri

Dear Ms.Mala,I am very happy to know about your observations/experience regarding your Guru Meera and Smt.M.S.Amma about Maha Periyava.
I perfectly understand your feeling of envy,the atma in everybody is one and the same,whatever happened to me has happened to you too.
I wish you all the very best in your veena!Gayathri

dear madam gayathri, i have always seen a humility in your looks which stands testimony of periyava"s abundant grace on you.-vijayalakshmi

wow...this was great!..Thanks for sharing!

You have written this in exquisite style Ma'am, befitting Mahaswamigal's stature! It gives me so much joy reading it for the umpteenth time. Did you get a chance to play before Him later in your life also or was this the only time?

The narration took me to the time and space where in I was not even born !!

There are innumerable incidents that I have read about describing the greatness of Swamigal..Your experience made me to hold his figure even at higher plains..

Nrittam & Geetham both are divine arts taking us closer to God..You are very very lucky to have performed and pleased one of the great saints of this century !!!

Thank you for your kind appreciation! I am indeed blessed!

This is the power of pure music. You are blessed to accomplish it. You are doubly blessed to have performed in front of Maha periyava and won his recognition.

I am record collector and I have got a EP record today by "Baby Gayathri" released by columbia in 1971. Meera bhajan and himagirithanaye are the contents.
The EP cover has your childhood photo with a Veena
-Anil