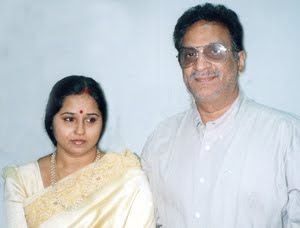 I have observed that in today's world, numerology is a powerful occult science that yields immediate and effective results. Like how every plus has a minus, even this practice has a definite drawback to it, and that is called 'lexigram'.

Numerology is all about the numerical value of a person's name. In certain cases the name given by parents at the time of birth could contain letters amounting to an inimical vibration and unfavourable to the life number (which is the total sum of the birth date,month and year) of the native.
In such cases, modern numerology advocates an alteration in the spelling of the name of the native. Sometimes it could mean deletion/addition of an alphabet or deletion/addition of a vowel! After the name alteration,the native is advised to write his/her name as many number of times and days as the total numerical value of his/her name. I have observed that such a practice could yield harmful results when the 'lexigram' of the new name is not double-checked for possible bad/negative/evil lexigram results.
What is lexigram? The term lexigram has been used to describe a mystical property of words. A lexigram decodes hidden messages in words or titles by putting together full sentences from letters in that word that convey a deeper meaning of the original word. It is considered a spiritual process.
My Guru in lexigram is none other than Linda Goodman. I have been fascinated by her revelations (in her book, Star Signs, the secret codes of the Universe) regarding lexigram so much so that it has become my practice to mentally decode the name (including surname, which indicates situation,life style and temperament) of any person I happen to meet.In that process I have been able to appreciate the authenticity of lexigram due to the accuracy of the decoded messages in describing the concerned person! As somebody acutely conscious of the power of lexigram, I am wary of modern numerology that advocates either deletion or addition of alphabets in names that would amount to removing a positive message from the name or introducing a negative message into the concerned name!
To start with the basics,I have observed that Linda Goodman's Chaldean method (which is also called the mystical numerology) is commonly followed due to its simple theory which involves comparitive study of the life number [which is achieved by adding the date,month and year of birth] and the name number of the native for compatibility between the two) . The result is quite effective. The alphabetical value in the Chaldean method is as follows:-
A-1, B-2, C-3, D-4, E-5, F-8, G-3, H-5, I-1, J-1, K-2, L-3, M-4, N-5, O-7, P-8, Q-1, R-2, S-3, T-4, U-6, V-6, X-5, y-1, z-7.

Without getting into the nitty-gritty of life-path-number-versus-name-number-compatibility, the Chaldean method provides an easy way out by determining the nature of certain numbers. The numbers that are meant for fine arts, beauty, love & romance, cosmetics etc. is 6 (ruled by Venus)and all the compound numbers that add to 6. The number meant for communication, advertising, journalism, media works like radio and television is 5 (ruled by Mercury) . For someone in the field of fine arts,I had always found 5 more effective than 6, because communication is a vital factor for arts. Even if the native is not performing in public, expression ('bhava' and 'manodharma') come under the category of communication and Mercury is an important planet for all musicians.
The compound numbers that add upto 5 are 14, 23, 32, 41, 50 and so on. I personally found 14 to be risk and accident prone, 23 as a solid number capable of fighting lone battles and emerging as the victor even against worst odds and enemies (no wonder that this number is known as "The Royal star of the Lion"), 32 for exuding personal magnetism thereby attracting groups of people and a lively,social atmosphere, 41 as absolutely potent,but the transit from the original name to a 41 vibration is extremely trying and difficult to withstand, 50 to make the native matured, as a teacher or a preacher of some sort.
As a student of astrology, I had interacted with many numerologists, pronologists and astrologers to learn new approaches. I knew of this reputed astrologer who had a penchant for throwing in a good measure of "h"s into a name to somehow bring about a '41' vibration in the name. He firmly believed that 41 could raise the native to unimaginable heights and he could be right.Except that too many 'h's could mar the lexigram potential of the name.
My astrologer friend was keen that I change the spelling of my name to -E.GHAYETHREE to achieve a 41 (this despite my other name,VEENAI GAYATHRI ,( a name which I acquired when my articles were published in Kumudam almost three decades ago) adding to 41 (655511 31114521)! Not only does it look awkward, but the keyword, 'gay' is replaced by 'hay', which means dried grass! Even for a 41 ,I would not like to be reduced to a lump of dried grass! I told my friend that handling Veenai Gayathri robbed me of my stamina for anymore 41s! Incidentally, my blog, "JASMINE STRINGS", adds to a 41.I had coined the name (because I think Jasmine flowers smell divine!)after careful scrutiny for any lexigram hitches.I liked the fragrance (jasmine),' rings' ( resonance), 'sings' (melodious), etc., the only hitch being the 'sting' in the name.I told myself I would handle any sting as and when it came my way!
There are many natural 41s in this world, A few examples are :-M.G.RAMACHANDRAN (4.3.214135154215), HARRY POTTER (51221 874452),LALGUDI G.JAYARAMAN (93133641 3. 111121415), ANGELINA JOLIE (15353151 17315), GEORGE BUSH (357235 2635) etc.,

32 is magnetic for speeches, poetic recitation etc. P.B.SRINIVAS, multi-faceted singer/writer/poet/linguist/orator etc. is a fantastic example of this number!

I had found 66 to be absolutely fantastic for veena playing. I happened to read the book on numerology by Sri Laxmidoss, which was quite analytical based on planets and their relationship to numbers. It was casually mentioned in the book that ladies who played the veena would benefit from the double Venus in 66(more so,because it is exalted in the house of Pisces owned by Jupiter [6+6==12, a compound number of 3 which is a Jupiter number).I wanted to try it out and a few years back, when I had a lot of leisure time, I started writing my name (GAYATHRIVASANTTASHOBHA-[3111452161315441357251] which is my birth name given by my parents,I had to delete a 'h' from Vasantha and add a 't' to it) religiously for 66 times for nearly one month in an effort to test the results.I was fascinated to discover that I played more veena than ever before, could create novel ideas and felt very good in general.I would constantly be with the veena, and my ease on the instrument during the 66-vibration period was tremendous to say the least! But soon the strain of writing a big name for 66 times became too much to take and I abandoned the entire exercise midway. In the event I also discovered that more letters in the name meant more additions to qualities,events, situations and changes in life,( due to lexigram) which I felt were unwarranted and unwelcome despite 'Gayathrivasanttashobha' having a 'NO' to cancel negative meanings in my name! This also made me realise how much more peaceful life would be without additions in the name, resulting in too many code meanings and messages! I had learnt astrology and numerology only due to my interest in occult studies, all the while maintaining my belief in God as the Supreme Being; realizing the simple truth that changing names amounted to fighting or opposing karma.

As a matter of analysis, my natural name E.Gayathri may be decoded as 'rate', 'they hear her art', 'they rate her art','they gather at her art', 'right', 'grit', 'eight' (?), 'try', 'hearty', etc. (except the 'eight' part I understand the rest), but I could not bring myself to adjust to the fact that 'they hate her', 'they hate Gayathri'. Many a time I shared my fears (about 'they- hate- her' -code) with my husband and he consoled me in his usual philosophic manner. He explained that to be hated, to be abused or scolded, to be insulted and hurt; for no rhyme or reason are the best things to happen to oneself (that is , when the affected person does not resist or strive to clear his/her name by opposing or fighting against the accusation). Such an unjustified attack on somebody would reduce the victim's karma by leaps and bounds, not only that, God would shower His blessings and grace only on a defenseless person! He quotes Bhagavad Gita's sloka from the 12th chaptervery often, "Thulya -Ninda- Sthuthir- Mouni-Santhushto-Enakenachith
Anikethaha - sthiramathihi-bhakthiman-me-priyo-naraha!"
Literal Translation:-"One who is equal to friends and enemies, who is equipoised in honour and dishonour, heat and cold, happiness and distress, fame and infamy, who is always free from contamination, always silent and satisfied with anything, who does not care for any residence, who is fixed in knowledge and engaged in devotional service, is very dear to Me!"

My husband's reasoning gave me a lot of comfort and it stuck in my mind so much so that, I kind of like the 'they-hate-her' vibration!
It is important to note that the first name has to be studied along with the surname (husband's name or family/village name) to derive coded messages and meanings.

I just stumbled upon your blog - courtesy Google. Before arriving at your blog, my opinion about you has been that you are an accomplished Veena artist. Now that opinion has changed. You seem to know much more than Veena. Almost all your posts are very informative. Star Signs being one of my favourite books, I was just dragged to make a comment.

Dear Sri. Subramaniam,
Thank you for your kind compliments. Reading and learning about various things are my interests in life. I am only sharing what I try to learn and it is my pleasure!

Thank You Madam.
What is your opinion about the number 55?

My pleasure! 55 is double mercury adding upto 10 which is the number of sun. Budhaadithya yoga, very good for intellectual pursuits and fast communication. Highly successful number.

Hi Madam,
My Father when i was born kept my name as "Kanumuru Kumar Sairam Phani".After all in the year 2010.He changed my name as phanni kanumuru.I was Born in vijayawada,Andhra Pradesh in the year 1990 on 10th January.Can you tell me is he correct?.I don't know well about and as my father's advice i can't say no to him and kept my name as what he suggested

The words "every number has a particular vibration" makes me feel that I should have a more positive approach in life. Just lov that.