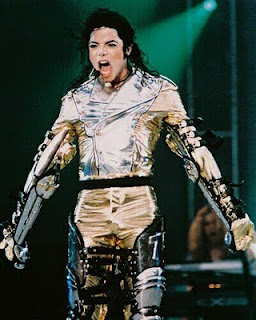 I have found 9 to be a magical number. It is a fiery number well suited for police, navy and army, but surprisingly many trendsetting artistes have names that add upto number 9.

Innumerable examples like, Ghulam Ali (27), Madonna (27),Sylvester Stallone (63), N.T.Rama Rao (27), Rajnikanth (27), Ghantasala (27), Madhubala (27), Mali (9), D.K.Pattammal (36), Palghat Mani Iyer (45), M.S.Subbulakshmi (45), Elvis Presley (45), Elizabeth Taylor (45), Bismillah Khan (36), Latha Mangeshkar (45), Umayalpuram K.Sivaraman (63), Semmangudi, popularly known by his surname-(36), to name a few.The number 27 is known as "The Sceptre" and bestows power, command and authority on the person or entity. The other compound numbers 36 and 45 have the same meaning as 27. Even the dynamic organisation, "Music Academy" adds to 36 (the name vibrates without the prefix-'The', as people usually refer to the organisation without 'the'. Even with 'The' it adds upto 50 which is again a Mercury number of great authority).
18, though a compound number of 9, is full of upheavals and controversial situations ,where the native always has to fight against odds in life.It is therefore the least desirable number of the 9 group.

A vital branch of numerology is based on combined analysis of planets and numbers, known as astro numerology. Pythagaros, who had invented the Law of vibration,stated that according to that law, each and every number has a particular vibration.
The planets represented by the numbers are:-No.1-Sun, No.2-Moon, No.3-Jupiter, No.4-Rahu, No.5-Mercury, No.6-Venus, No.7-Kethu, No.8- Saturn, No.9-Mars.

There is a practice of coining names based on the strength of planets in the native's horoscope.For instance, if somebody's Rahu is strong, a name that adds upto the number 4(compound numbers-13, 22, 31, 40, 49 etc. ) is recommended for the native despite Western numerology's contempt for all compound numbers of 4. Even vedic astrology states that Rahu is responsible for skin diseases of a virulent type, misunderstandings, fear from opponents and poison.
A startling example of the above is the case of Michael Jackson. Interestingly his names (first as well as surname) adds upto 22 individually.
MICHAEL (4135153)-22, JACKSON (1132375)-22.

The genius pop icon suffered from a skin related problem known as vitiligo. At sometime of his career he was also involved in a fire accident that had caused extensive damage to his skin. The subsequent operations performed on him to save his face and skin, altered his looks to drastic proportions. All these facts about him were widely publicised and well-known to general public.The double Rahu in his name even exposed him to constant upheavals and controversies in his personal life. Therefore the number of Rahu is not altogether devoid of problems.
On the other hand I found the compound number of 13 to be quite magnetic. Especially the abbreviated versions like, TVS (463), BPL (283),AIADMK (111442), BSNL (2353), PBS (823), SPB (382), MLV (436) , KVN (265) etc. Though not abbreviated,'NALLI' (51331) could be included in the list.This number sparks off regeneration and great changes.
A strong Rahu (4 and all compound numbers of 4) in the horoscope indicates one's prowess in Veena and it is not surprising that Veena (65551) adds upto 22 which is a Rahu number!

Kethu, 7 is another number that surprises me! According to Western chaldean method of numerology, 7 is considered extremely harmful as a name number. All its compound numbers like 16 (known as the shattered citadel), 25 (extreme trials and tribulations in early life), 34 ( same as 25), 43 (worst of all, revolution,strife,upheaval and dangers), 52 etc., are treated with fear, making people opt for a Venus or Mercury number in the place of Kethu.
Two examples of 43 are:-
SALMAN (313415)- 17,1+7=8 RUSHDIE (2635415) -26, 2+6=8 added upto 43 and individual first and surnames added to 8 each (first name value:8 and surname value:8), ruled by saturn which is the most karmically testing and trying planet. Even in his surname, the lexigram of the same when split, give rise to two potently negative words!In this case, a change in the spelling of his surname and opting for a different compound vibration is mandatory in order to make life hassle-free for him.
Similar example of another person who is also an author is:-
TASLIMA (4133141)-17, 1+7=8 NASREEN (5132555)- 26,2+6=8
It is ironical that the above mentioned are authors, carrying the heavy burden of a double saturn in both first as well as surnames ( adding upto a 43) and also leading similar lifestyles. In such cases, spelling changes in their names in order to achieve a favourable number becomes mandatory.
Smt.M.S.Subbulakshmi, famously known as MS (4,3) adding to 7 has proved lucky for her as the number coincides with her birthdate which is 16th (of September). Any name number which adds upto the birth date value is extremely lucky and carries with it the blessing of the cosmos.
Even if the abbreviation MS (as she was more popularly known) added upto 7,a Kethu number (same as her birthdate value of 16), SRIDEVI is 22 and added to 4, a Rahu number (same as her birthdate value of 13th August), the numbers prove to be rewarding for gaining immense popularity, due to the coincidence of their dates of birth and name numbers.
Other successful Kethu numbers are:- RELIANCE (25311535)-25, T.R.MAHALINGAM (4.2.4151315314)- 34, AISHWARYA RAI (113561211 211)- 25, AMITABH BACHCHAN (1414125 21353515)-43, etc.

Mars, ( number 9) is perfectly projected through the ace thriller film KILL (9) BILL (9). This superbly shot stunning movie, that has made me an ardent fan of Uma Thurman, wreaks of violence and aggressive action as a result of the double 9 (fiery Mars) in the name of the movie!

KEYWORDS:-I also search for keywords (lexigram codes without word jumbling ) and found them to be relevant codes in conveying predominant karmic issues concerning the native.
It is loud and clear that one can never become the greaTEST without a test-Lord Rama, Lord Sita, and the Dasavatharas, great Sanyasis and avataara purushaas like Adi Sankaracharya, Paramacharya ( the tests in case of true sanyasis is the austere life they lead!).
I have wondered how a FUNeral could be 'fun' and a 'real fun' at that! Going by our scriptures, I am sure it is real fun for the departed soul to be freed from 'maya' (illusion)!
This pattern of ideas set me thinking about many other terms like MARriage, feMALE, woMAN, torMENTOR, heART, lOVER, PASSion, MOTHer,mOTHER, fatHER, brotHER, husBAND, HEAVEn, mUSic, sLAUGHTER, etc.
Maybe, late Sri Rajiv Gandhi's name should never have been spelt -" Rajeev Gandhi " as that could have averted the "die in grenade danger" lexigram in his name!In the case of public figures (politicians, movie stars, musicians, artistes etc.,) the danger of extreme vibration of name, due to their names appearing in newspapers and journals (increasing the count to a few million times due to that many number of copies printed!) is hazardous and makes it absolutely necessary for the concerned entity to take care that their names are not misspelt!
Sometime ago I had received a forward about lexigrams, which I found to be interesting:-

PRINCESS DIANA- END IS A CAR SPIN
ASTRONOMER- MOON STARER
DESPERATION- A ROPE ENDS IT
THE EYES- THEY SEE
THE MORSE CODE- HERE COME DOTS
ELECTION RESULTS-LIES- LET'S RECOUNT
SLOT MACHINE- CASH LOST IN ME
SNOOZE ALARMS- ALAS!NO MORE Z'S
DECIMAL POINT- I AM A DOT IN PLACE
THE EARTH QUAKES- THAT QUEER SHAKE
ELEVEN PLUS TWO- TWELVE PLUS ONE
To wind up on a note of humour:-
MOTHER-IN-LAW- WOMAN HITLER

I have understood that the problem of lexigram and numerology arises because of the language,English. Without fighting or opposing karma, a person could neutralise bad vibrations in his/ her name by writing it down in mother tongue or sanskrit for atleast 3 times ( only if such an exercise becomes absolutely necessary!)
LIKHITHA JAPAM:-The best practice is "likhitha japam" , which is the written exercise of mantras related to the chosen deity to cross hurdles in life. This practice again should not be done in English,as that would amount to problems related to lexigram and numerology! Likhitha japam is best done in mother tongue or Devanagari.
A few mantras are:-
1)For success in all endeavours-Sri Rama Jayam
2)For great inner strength-Sri Mathrey Namaha
3)For love-Om Parama Prema Roopaya Namaha
4)To overcome misunderstandings between couple-Sri Radhakrishnaya Namaha
5)To enhance beauty and attraction-Om Padmasundaryai Namaha
6)For education and intellect-OmAim Saraswathyai Namaha
7)To remove obsatcles and blockages in chakras-Om Gum Ganapathaye Namaha
8)For the grace of Guru-Sri Gurubhyo Namaha.etc.

There are many more mantras suited for various problems and it is not necessary to incur new karma by changing names! Interestingly, I happened to browse this site http://www.9dozen.com/ which could be used for "likhitha japam", this could be useful for people who work with computers or who simply do not have the time for a pen and paper!

dear mam,
This is really a fantastic article,in my college days I usually carry the sun sign of Linda goodman with my college books and a numerology book,and who ever i meet i had a habit of asking their date of birth. what u said about no 9 is absolutely right as my date of birth is 18 and once it happened i changed my name to RA.Maalathe it didnt work out and i against turned to my original spell which total to 23. this science is really a interesting one which keeps us live
keep writing mam
mala

Dear Mrs. Mala, Thank you for your kind support and encouragement, I will do my best in my future postings too.I agree with you about 23 and the power of numerology in general.Thanks a lot!Gayathri

Dear Madam,
The article is really very good and the examples are also very good. Now, if we look at the name examples, those in 27 and 45 had never had a tumultous life, and those with 36 and 63 faced stiff competition and internals problems eventhough all managed to stay number one in their respective fields. So is the case with other numbers also. Ofcourse, all these are part and parcel of life.
This is not just due to the official name but also the date of birth numbers, their nick names with which they are most addressed. Moreover, their parent's numerological profile like name/s, date of birth also play a crucial role in determining their date of birth. Furthur more, their immediate circle like spouse, children, friends are also determined by the individual's numerological profile. So, while talking about numerology all these are also important points to be considered.
So the best remedy for all this is prayers. It can be likhitha japam, manana japam, music etc
Regards

I came across your blog while I was researching some other topic. I found your analyses of names very interesting indeed. My name MEGHA adds up to 18 and my life has indeed been full of hurdles. Things just seem to keep going wrong for me all the time! I have now lost my confidence and have become very withdrawn. I am tired of fighting and am losing interest in life. Will read more of your blog to see if I can find some solution.
Regards
Megha

P.S: I am thinking of changing my name to Maygha, that way people around me will find it easier to pronounce it as well (I live in a foreign country)

By changing your name as Maygha, you are inducing uncertainty into your name (may). Date of birth and name number have to be mutually favourable. Pl. try Meghaa (19), it is a number that goes well with all birth numbers. This vibration will give you lots of energy as it belongs to the planet sun.

Dear Madam,
This is really a fantastic article. my actual name is srinivas angara but one of my uncle add extra a to my name now I am writing my name as srinivaas angara is it ok mam