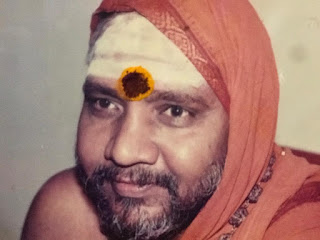 Meaning- Even man who is detached from material desires spends his time attached to sensory organs due to indecisiveness, weakness and insecurity (fear).

Meaning- Even when man is detached from the material  life, he is still subject to subtle desire for sensory things. Therefore it has to be conquered (subtle attachment to sensory objects) by man who is wise, intelligent, prevents (averts) danger and desirous of salvation.

Meaning- A man overrides the path of salvation due to his attachment towards material matters. In the firm grip of material love and attachments man, who is wrapped in a sheath of desire meets his downfall.

Meaning- O good one! Bodies of living beings are conceived before birth, are visible during living and perish at the time of destruction. Therefore the bodies are impermanent. Why should anyone grieve over such bodies that are temporary?

Meaning- Whatever is perceptible and visible to senses perishes. Living being who is born will die in time. It is impossible for man despite his efforts to prevent this. Therefore give up meaningless sadness about this.

Meaning- When mind pervades sense, it causes grief and misery. Mind becomes wavering due to desire. By withdrawing desire from mind,  the mind becomes stationary resulting in bliss. Therefore lack of desire creates tranquility and blissful state of mind.

Meaning-  One must realize that a contaminated mind which is desirous of material pleasures is one's enemy whereas a an unaffected mind (by sensory desires) is his friend. Therefore worship Me and I will create such tranquility and stillness in your mind.

Meaning- Renowned scholars who are aware of the fickleness of mind capture it by using practice and knowledge in order to become detached for attaining the blissful state of liberation.

Meaning- Deceitful persons who criticize the path of sacrifice, who are tired of over indulging in taste and other sensory pleasures lecture about philosophy and cheat foolish people.

Meaning- The most learned man even though he is an expert in various subjects, who is renowned and famous, who is greatly prosperous becomes jealous of another man who is famous and prosperous.